What do Charlie Hebdo, JK Rowling and a German Newspaper all Have in Common?

Since then, a global outcry for the right to freedom of speech has ensued, especially in France, whose citizens are outraged at the act of terrorism, which spread to include the deaths of police officers, hostages held at a kosher market in Paris and now an attack on a German tabloid who decided to re-publish the cartoons Charlie Hebdo was attacked for in the first place.

Thanks to the internet, everyone feels the need to express their thoughts, especially in times like these. This includes old white guy and business mogul Rupert Murdoch, who tweeted on Friday,

Maybe most Moslems peaceful, but until they recognize and destroy their growing jihadist cancer they mu

He followed up with this gem:

Big jihadist danger looming everywhere from Philippines to Africa to Europe to US. Political correctness makes for denial and hypocrisy.

I’ll just leave those there.

I was born Christian. If that makes Rupert Murdoch my responsibility, I’ll auto-excommunicate. http://t.co/Atw1wNk8UX 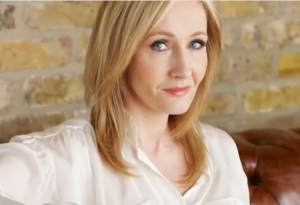 But better than that was what she posted earlier that same day,

Sometimes a picture says it better than any writer could. #CharlieHebdo pic.twitter.com/OP6h1YZUWs

Rowling joins the ranks of millions who stood in solidarity on Sunday and marched through Paris and other parts of France. World leaders joined the march as well, showing us something that’s never seen in the United States. All of this followed an attack on German publication, Hamburger Morgenpost, who published the cartoons Charlie was attacked for after the attack occurred. Morgenpost suffered the loss of a few archives after arsonists threw rocks and a Molotov cocktail into the tabloids building.